In Memory of Captain Kevin 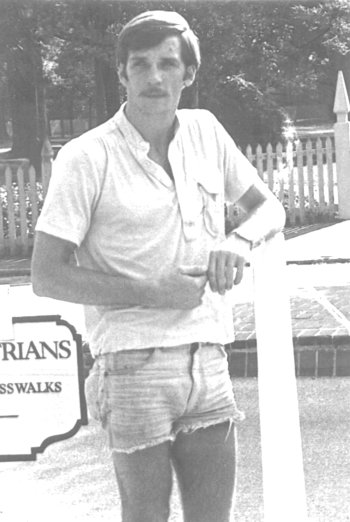 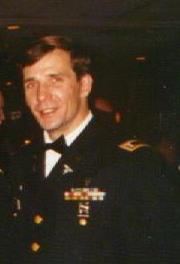 I met Kevin via the internet in 1998. Actually, I met his brother Pat first. Come to find out, Pat and I were in the same unit in Germany in the Army. Kevin was stationed about 30 minutes away from us. Pat had come to Germany right before I had left, but Kevin had been there most of the same time as I was, 1975-1977. I had read Kevin’s Panama Story and remembered his Chapter 3 because I was in Germany at that same time.

Kevin had Hepatitis B and Hepatitis C, as well as kidney problems. He was a Captain in the Army Reserves and cared deeply for our Veterans. His main goal was to help other veterans who needed it. He built this website. I only put in online. Everything on this site is from Kevin’s research. He wanted a website for Veterans with Hepatitis. He wanted a one-stop place for them to find as much info as they could. In our work with vets, we found one of the biggest questions was: How do I get my records, DD214, disability…etc. That is why those instructions are on this site. The pictures were picked out by Kevin. Everything on this site was approved by him before I put it on. Unfortunately, he did not agree with having a survey on here, and he had moved on to a deep field of research, so he asked to be removed from the site. He was so into the research that he just didn’t have time to monitor the site and the message board we had here. This upset me deeply, but I honored his request.

There are people who have spent the past 2 and a half years trying to destroy Kevin’s credibility. Those people have now produced their own Vet site. Most of the info on their site came from this one.

Kevin would call vets from all over the country and try to help them. We recently lost a vet who Kevin helped, Lester Tucker. Kevin was very upset at the loss of Les and felt he had let Les down. I told him that he did all he could, and that he was a huge help to so many vets. I know that there are many vets out there who knew Kevin, or even just got a helping email from him. I hear from these people all the time, and they have nothing but good to say about him.

Kevin was a good man with a HUGE heart. He put others before himself and ignored his health concerns to assist those who came to him for help. His research dug up some very interesting things, and I believe with all my heart that his letter writing and postings have helped bring HCV to the forefront within the VA. I know that when Kevin started this, the VA didn’t do much of anything for infected veterans. I believe that he had a hand, no matter how small, in changing that.

Kevin left a lot of research unfinished. Unfortunately, Kevin’s wife only gave us research dated from 1998. All of the work he did from 1999 and 2000 is gone. Although she had talked about how important that work was, she didn’t see fit to save it or pass it on. This is so unfortunate because Kevin deserves to be honored for the work he did and the time he put into it. He put aside his own illness, and in fact his whole life, in order to help Veterans. Now he will be helping from a different view. Hopefully, by looking down to all of us, he will finally have some peace and be out of pain.

His sister, brothers, and parents are in deep mourning and ask that we honor Kevin by continuing the fight for HCV Awareness, both in the general population as well as the Veteran’s population. They are very proud of Kevin and believe that he is now in the hands of God.

Thank you Kevin, from the bottom of my heart. You made me proud to know you and proud to be a Veteran. I will miss you more than words can say.